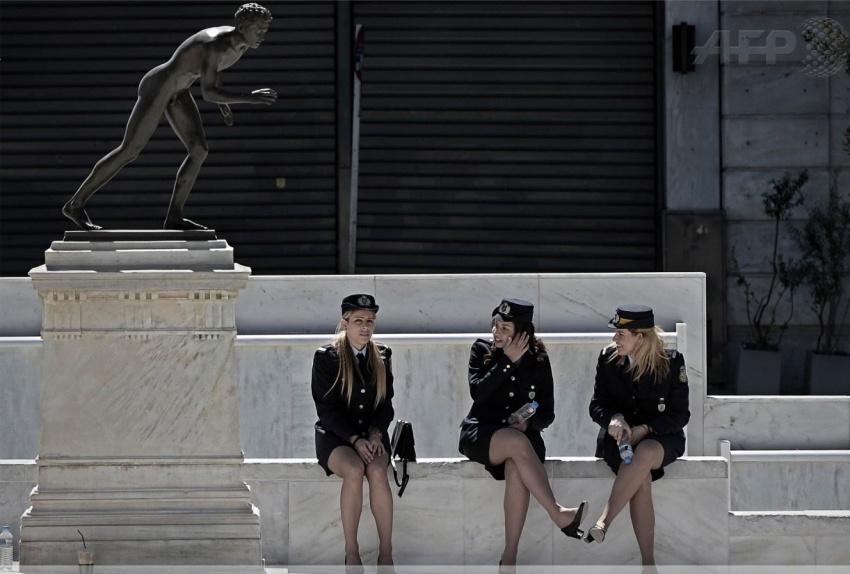 Greece has always been a very safe country to visit, and on many of the islands as well as many popular mainland destinations, people don’t even lock their doors.
Greece is as safe as the rest of Europe, and in many cases even more so. Greek culture is family-oriented and relaxed and the only problems we have had are political in nature.

Like in many European countries (and elsewhere around the world), tourists can be affected by transport strikes, which are publicised in advance. Industrial action can affect taxis, buses, ferries, airports and even some archaeological sites. If you are unlucky enough to visit Greece during a strike, we at C.B. Tours, and our partners, will do our best to make sure it will not affect you at all (please read our Terms & Conditions for further details, including our cancellation policy).

Has the unrest in Athens, and other big cities of Greece, affected popular sightseeing spots?

The international media coverage of the riots has been detrimental to the overall reputation of Greece. The tourism industry is definitely already being affected with lower booking figures, however fewer visitors might mean you’re more likely to get first in line into popular spots in high season. The information on protests and tear gas, date to some unusually troubled days in 2012. 2013 was much quieter for Greece (though not for its neighbor across the Aegean, Turkey.), 2014 was "business as usual" in Greece and travelers encountered very few problems, if any. 2015 has ongoing uncertainty about the financial situation and a new party (SYRIZA) in power, but we believe it will be a relatively calm year for travelers in Greece.

Due to the Greek financial crisis and its related protests and strikes, plus uncertainty about the effect of the new governing party, many travelers are wondering if it is safe to go to Greece or if they should postpone their trips. While this is a very personal decision, we've prepared a list of pros and cons about going to Greece right now.